Anything Can B_ A Car

The starting point is a series of photographic
images collected on the road in Ghent, Brussels,
Antwerp, & other places I cross during travels
e.g.recently Belgrade.

More and more, the collection is growing into
an archive. It is a way to map human behaviour
in relation to public space and indicates a certain
level of intuitive artistic practice. More specifically
it shows on a spatial way how to behave towards
a car in the streets. The longer I collect these
constructions, the more I see interesting patterns
and categories. The chair for example is the
object that most often occurs. But the way it is
put onto the streets reflects a certain human,
poetic gesture.

I'm mostly interested in the sculpural objects
that are put together in a way that is gentle and
often complicated, when people combine different
materials and assemble elegantly balancing constructions.
I like to interprete these artefacts, these objects
the way an archaeologist works: as a matter of leftovers,
personal belongings, often objects that are no longer
used for the purpose they were meant to serve,
but become a temporary public artefact.

I like to interprete the profile of whom it concerns
and read the objects as a phenomenological,
anthropological subject. Left materials become a
witness of human daily life. But they also speak
of a future desire: let this place be mine!

Although our life is full of chaos on
one hand and rules on the other,
this simple gesture
is an unspoken agreement everybody understands.
Since 2011 the project has been published
in several exhibitions, on the web,
in national press and during interventions
in the public space.

All of a sudden unkown people in
other cities & countries began
to send me their own photos.
Similar pictures from similar situations.

My collection now assembles copies
from Tokyo, Helsinki and Cologne.
On the long term I want to map
as much areas as I can to obtain
a more complete and complex
knowledge on this specific phenomenon.

One day this collection is to become a book,
an atlas of occupied public spaces.
Gradually, the images have grown into instruments,
instructions for new sculptural constellations
I will leave in the streets.
The images I receive from unkwown people
stimulate to create variations
on these constructions,
I would even like to copy them
from one space to another.

With a dedicated sculptural and architectural approach,
I'll give them back to the people,
who sent me the photo
and to the city they were taken from.

I aim to influence an urban phenomenon
that I like to call
poetic pragmatism. 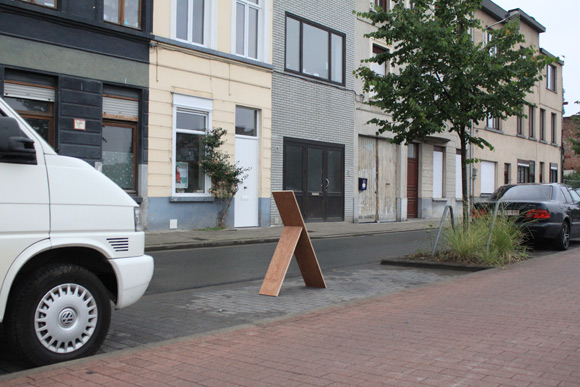 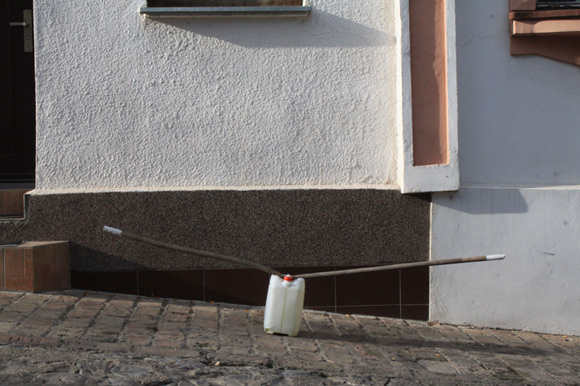 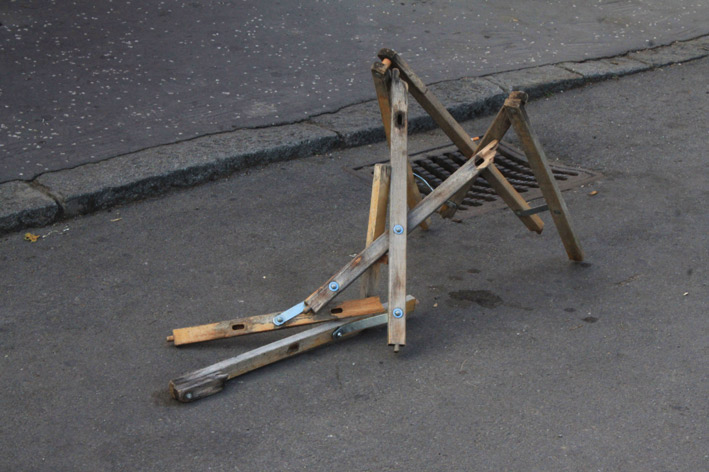 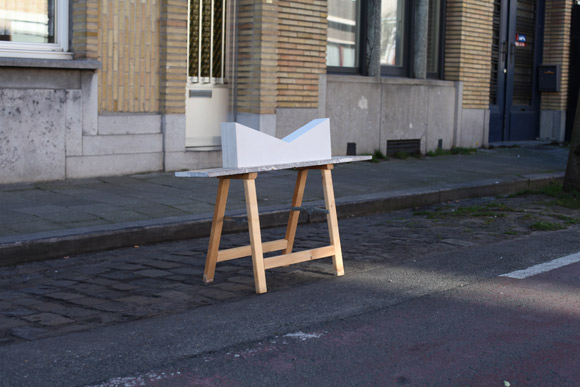 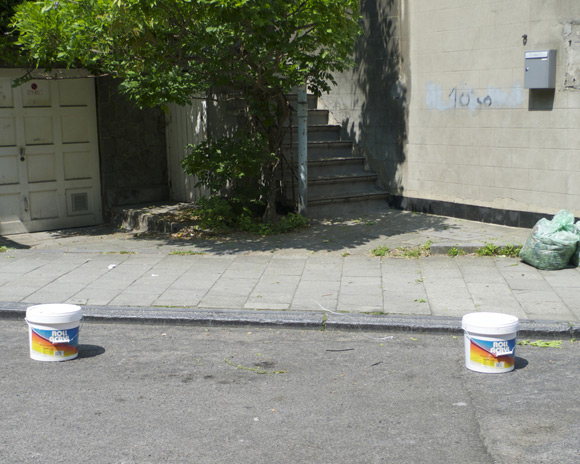 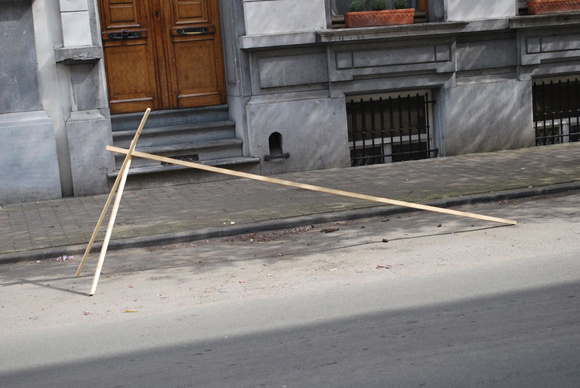 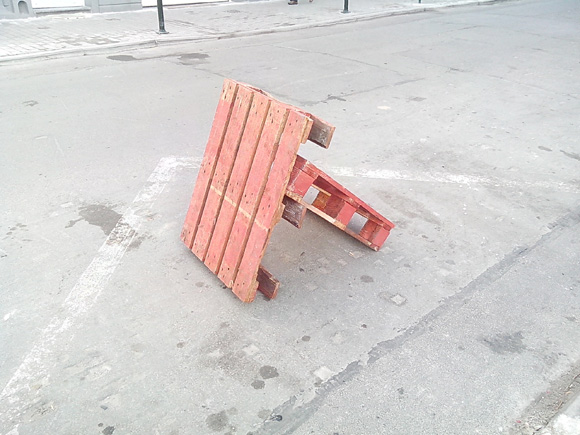 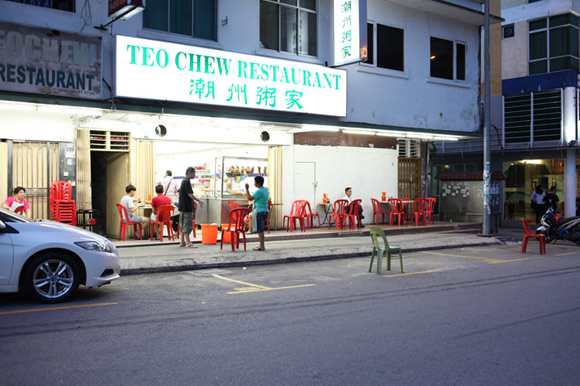